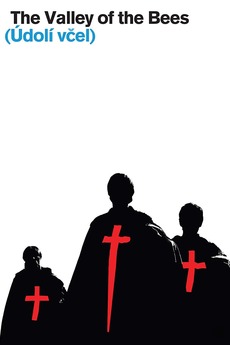 Ondrej, a young boy who loves bees and bats, is introduced to his new mother, a woman much younger than his father. Her brings her a bowl of flower petals which she starts to throw in the air and then gives out a shriek, as she discovers several bats in the bottom of the bowl. In a rage, Ondrej's father picks the boy up and hurls him against a wall. Then as the boy lays in a stupor the father promises the Holy Virgin to dedicate the boy to her if she will spare his life. The boy lives and Ondrej is raised in a strict monastic order, where he is mentored by a very pious warrior monk, Armin. One day after being chastised for no good reason, he escapes and returns home. Armin heads out to bring him back. With his father dead, Ondrej becomes lord of the castle and becomes engaged to his father's widow. Near the end, Armin shows up and attempts to get Ondrej to come back to the order.