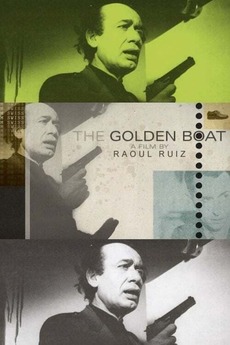 Inspired in form by American police TV shows and soap operas, The Golden Boat is a madcap, surreal dash through the streets of New York city, telling the mysterious and often hilarious story of an aged street-person named Austin, a comically compulsive assassin, as he joins up with a young rock critic and philosophy student named Israel Williams. In the course of their adventures, Austin pursues his object of desire - a Mexican soap opera star - and along the way engages a host of TV characters and bit players, whose repartee range from gangsterish insults to the question of God's existence.