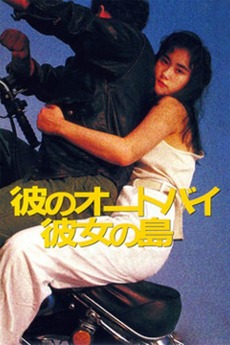 Takumi Hashimoto (anti-freeze) is press rider. Freeze the harmonious had twisted and sister-Fuyumi of Sawada senior, was out on a journey aboard one day bike. Meet women and Miyoko that had a strange sense of transparency in the early summer of Shinshu. The return from a trip, before the freeze that broke also Fuyumi, Miyoko appeared. Two people deepen ties gradually. Freezing go to Miyoko and touring took a medium-sized license. Miyoko is increasingly raising an arm, will become addicted to the bike. In accordance with advice of seniors, and freeze an attempt is made ​​to Tozakeyo the Miyoko from the bike. But when she was on hand Nanahan license, and disappear suddenly the figure from the previous freezing ....